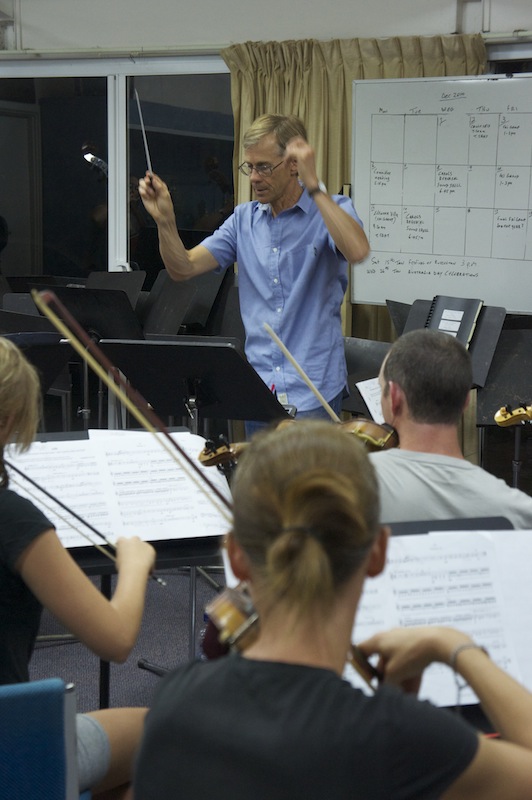 I am from Bunbury, Western Australia, an accomplished composer, songwriter, instrumentalist, and music teacher. I have published many works for orchestra, voice, flute and piano.

I studied music at Sydney Conservatorium under Sydney Symphony flutist Peter Richardson, and in Perth with flutist Wendy Clarke.

Born in Sydney, I arrived in Western Australia in 1977 to become a member of the Universal Brotherhood (UBI), an alternative lifestyle community founded by Fred and Mary Robinson, near the small town of Balingup. I was married there, raised a family of 6 children, built a spacious house, cooked regularly for more than 60 people, assisted the installing of water, electrical and sewerage systems, and for five years was a class teacher and music specialist in UBI’s Rudolf Steiner Waldorf community school. UBI was a unique social and spiritual experiment for which I also provided musical direction and inspiration, writing many songs that reflected the youthful enthusiasm and the spiritually focused journey of the members.

Since moving to Bunbury in 1992, I have taught both privately, and as a music and instrumental specialist in State and private schools, including Bunbury Cathedral Grammar School for many years . I teach flute, piano, guitar and music theory, and prepare students for AMEB exams. I have coached and accompanied instrumental soloists, young bands and school choirs in the Bunbury Performing Arts Eisteddfod. In addition, I have co-ordinated tours for the WA Youth Orchestra, and WA Mandolin Orchestra.

I have been musical director, conductor and instrumentalist for many local productions, including Bizet’s ‘Carmen’, Lloyd-Webber’s ‘Jesus Christ Superstar’ and ‘Aspects of Love’, Rodgers & Hammerstein’s ‘The Sound of Music’ and ‘South Pacific’, and Sondheim’s ‘Into the Woods’.

I perform with other south-west musicians in small ensembles at local functions and weddings. I have played with the South West Opera Company and Vivace as flutist in Mozart’s ‘Cosi Fan Tutte’ and Verdi’s ‘La Traviata’.

Gordon’s achievements in composing or songwriting

My website  www.gordontayler.com.au  launched in 2012, assists the marketing of more than 100 of my original works, all with audio and score samples, with easy and efficient online downloading. This site is a treasury for choirs, vocal and instrumental music students and their teachers, who can find great new pieces appropriate to their skill level in many genres and categories.

In 1987, the Western Australia Youth Orchestra under conductor Peter Moore, performed an orchestral work of mine during a South West tour.

In 1991, my song ‘Voices in the Wilderness’ reached the finals of the National Folk Festival  in Canberra.

In 1994, my song ‘The Quest’ won a songwriting award in a national ‘Order of Australia’ competition.

I have also composed for radio & television advertising in WA.

Since 2008, my orchestration skills have matured, and are now an integral part of my work in various genres, including classical, jazz, contemporary and rock.

In 2010, my orchestral work ‘Water’ reached the finals in the instrumental category of the Australian Songwriters’ Association competition.

In 2011, my Orchestral Works CD ‘Earth Air Fire Water’ was premiered by the South West Philharmonic Orchestra, which I conducted, and received some airplay on ABC Classic FM radio.

In 2014, my Vocal Works CD ‘Together We Rise’, was premiered with more than 30 vocalists and a 16 piece orchestra in St Boniface Cathedral, Bunbury. This compilation featured some of the best vocalists and instrumentalists in South West WA.

In an ongoing project, I am collaborating with well known South-West poet and writer, Sigari Luckwell, and theatrical director Andre King, on a 30 minute choral piece called ‘Delfini’, which uses music, song and dance to tell the story of human association with the dolphins of Koombana Bay, in Bunbury.

Go to these online sites to listen to audio samples from my albums, featuring some of the best vocalists and musicians in South West WA – individual tracks or full album available for purchase & download. You will not be disappointed – great gift for any occasion!

iTunes Store (just do my name and album title search)

I am also working now as a free-lance semi-professional video producer for local environmental, cultural and musical events in South-West WA. I often use my own composing as the audio backdrop for these videos.

I am currently performing and presenting my piano compositions as a live healing and meditative musical experience mostly within people’s homes. Each one hour session connects the piano music with many life enhancing decrees and affirmation, while participants just rest and journey into their own meditative space.